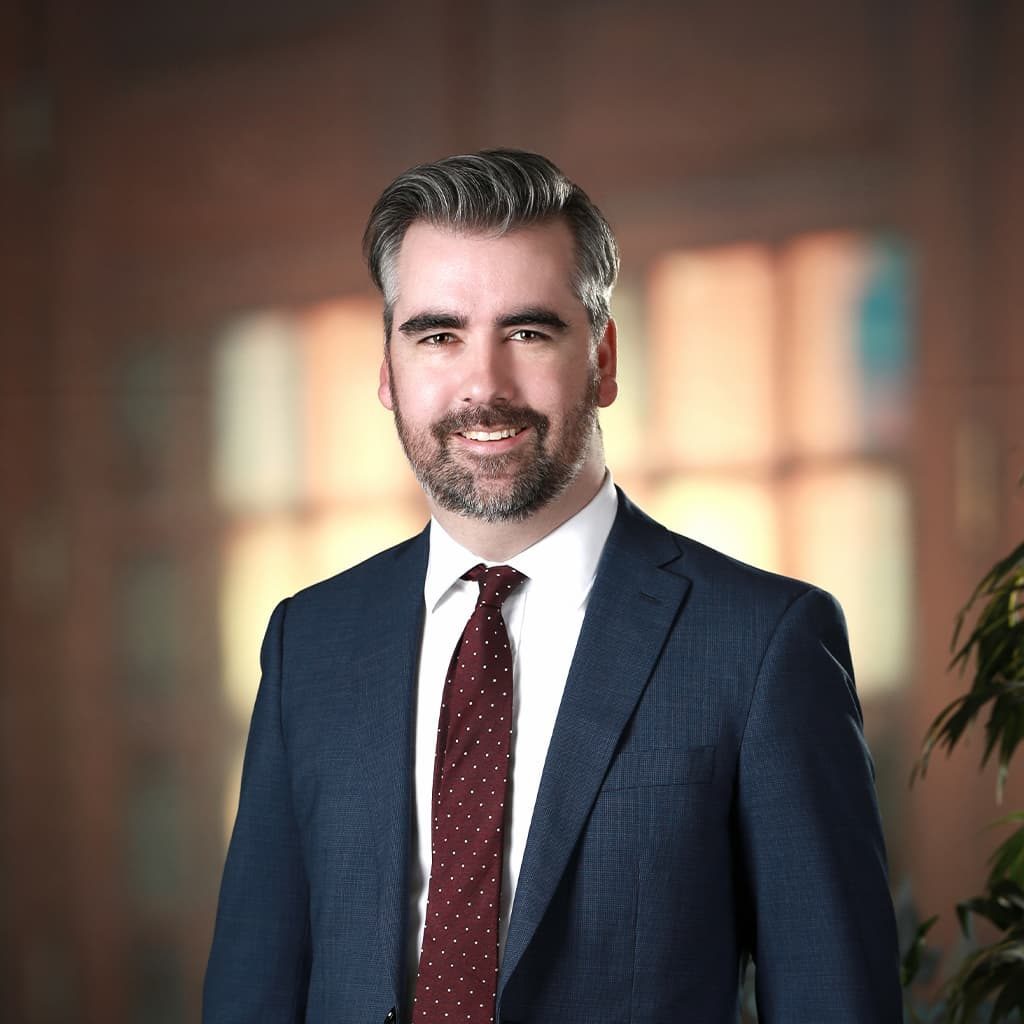 James Boyer is a partner at Abeyta Nelson Injury Law and has practiced plaintiff side personal injury litigation in Yakima since 2014. After graduating with his J.D. from St. Louis University School of Law, he obtained his bar admission in 2013, and shortly thereafter relocated to Yakima from the midwest. As a lawyer committed to giving real people a voice in the justice system, James feels a calling to practice in Central Washington.

James has tried three civil trials in Yakima County, all resulting in plaintiff’s verdicts. He has personally prosecuted an FTCA claim against the Yakama Nation Police for negligent police pursuit resulting in a six-figure settlement. James recovered $80,000 for a client with preexisting conditions who sustained soft tissue injuries in a low speed vehicle collision. This settlement offer represented over 2.5 times more than the insurance company’s original top offer. James also recovered $55,000 for a client who sustained head and neck injuries in a fall on icy steps at an apartment complex.

In 2019, James recovered over $1.2 million for clients as the lead attorney and maintained similar results in 2020 – despite a pandemic and complete shutdown of the civil courts. In 2020, James was named a “40 Under 40” lawyer by the National Trial Lawyers.

James describes himself as aggressive when necessary, reasonable when it benefits his client, and universally well prepared. James and his wife, a nurse, live in Yakima. They enjoy all the beauty the Pacific Northwest has to offer.