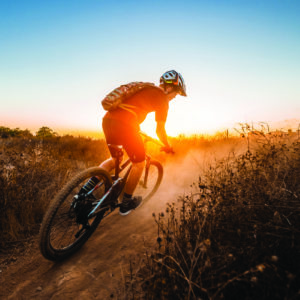 Since the COVID-19 pandemic, there has been an explosion in bike riding. There’s been at least a 50% increase in bicycle sales and trails are much busier. A review of bicycle laws seems appropriate, particularly for those just returning to the activity.

Helmets: Surprisingly, Washington State Law does not require bicycle riders to wear helmets, but some cities do. You can check the requirements for your city at: bit.ly/2B6tbhn. You are not required to wear a helmet in either Yakima or Kittitas Counties, but you would be smart to wear one. It is estimated that 74% of fatal bike crashes involve a head injury. An astounding 97% of those fatal crashes involve riders who were not wearing a helmet. Wearing a helmet reduces the risk of head injury by 70%. So, even though Washington law doesn’t require it, wear a helmet.

Same Rules as Those for Cars: In our state, bicyclists have the same responsibilities as those driving cars. Parents are responsible under Washington law to see that their children obey these laws. Cyclists can be ticketed for traffic violations just like car drivers. And the same rules apply to cyclists on bicycle paths.

Where to Ride: Bicycles can be ridden on nearly all public roadways. However, the Department of Transportation and local laws can prohibit bicycle riding in some areas.  For example, Washington State does not prohibit riding a bike on sidewalks, but some local laws do. It is unlawful to ride a bicycle on the sidewalk in the central business districts of Yakima, Sunnyside, and Ellensburg.  If you ride your bicycle on a sidewalk, you should make sure that you reduce your speed and be extra cautious. Many drivers don’t expect bicycles as they are exiting parking lots. Additionally, cyclists are required to yield to pedestrians on sidewalks.

Car drivers also have a special obligation when passing bicyclists. A law that went into effect in January 2020 now states that a car passing a bicycle “shall pass to the left at a safe distance to clearly avoid coming into contact with the pedestrian or bicyclists, and shall not again drive to the right side of the roadway until safely clear of the overtaken pedestrian or bicyclists.”

Lights Required at Night: If you plan to ride a bicycle at night, you need lights. You should have a white light on the front of your bike and either a reflector or a red rear light. Additional reflectors such as a reflective vest or markings on your shoes make it much more likely that car drivers will see you at night. A blinking white light on the front of your bicycle and blinking red light on the back, even during the day, makes you more noticeable to motorists.

Drinking and Biking: While it is not illegal to ride your bike while intoxicated, it is a bad idea. Police officers have the right to transport an inebriated bicycle rider to a safe place, take a rider into protective custody, and even impound your bike.

Only One Person on a Bike Per Seat:  Unless you have a child seat on your bike or a tandem bicycle, only one person is allowed on the bike. You have to have at least one hand on your handlebars and cannot carry anything that requires two hands.

Brakes:  Your bike must be equipped with brakes.

Traffic Flow:  While cyclists are required to ride as far to the right side of the road as can be done safely so as not to impede traffic, bicyclists can ride two abreast. If a cyclist is impeding five or more vehicles on a two-lane roadway, the bicyclist is required to pull off the road to allow cars to pass.

Bike riding is a cheap form of transportation. It also is a great form of exercise and was one of the first activities allowed outside during the quarantine. But cyclists should be mindful of all traffic laws, for their safety and for the safety of others. If you have questions about bicycle safety, contact us today.

Last : Why Your Personal Injury Case Likely Won’t End Up in Court | David Abeyta Next : Don’t Leave Home Without It: Bike Helmet Safety (part 1 of 4)